I WILL NOT comply with a bigoted, hateful gun ban in Boulder 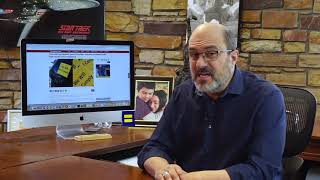 Every dollar we now raise above our original goal is just another middle finger to the “tolerant” Boulder city council. Let’s send the message that we will stand up to their effort to separate and discriminate against people they don’t understand and don’t want in their lily-white town. Give if you can!

Progressives wield intolerance like the weapon it is. But are they kidding us or themselves when they smugly assert their tolerance? Do they believe their “Celebrate Diversity” bumper stickers, blind to the hypocrisy?

I find myself thinking about this since at the beginning of January I became a criminal in my tolerant hometown of Boulder Colorado. Boulder, which did so much to promote the civil rights of the LGBT community in decades past, when alternative lifestyles were misunderstood and feared, is now leading the charge against people like me whose lifestyle is misunderstood and feared.

I remember a time when, for public safety of course, some conservatives wanted AIDS patients to self-identify, to present themselves to the governmental authority, and be counted. There was an epidemic erupting after all, and “something had to be done.”

In Boulder, if your core beliefs include dressing as the opposite gender or following the teachings of the Koran our city government will bend over backwards to protect you from those who wish to separate you from your community. You’d never be forced to self-identify to government authorities, to submit to inspection, to be registered and made to pay fees to keep your core beliefs.

My strong belief in my Second Amendment rights is core to who I am. I know that is not understood by many today, however I am not asking to be understood. I’m asking to be left alone.

I am asking for progressives who run city government to live up to their assertion of tolerance and just let me be.

Because I own a long gun with a pistol grip and a detachable magazine, I had to the end of December to self-identify to the police, present myself for investigation and my gun for inspection, pay fees in order to receive a police-issued permission slip, all to avoid jail time, monetary penalties, and the confiscation and destruction of my gun.

I have never been convicted or even charged with a crime in my 54 years of life, but this week I became a criminal. I am no different then potentially thousands of other Boulderites who cannot bring themselves to submit to this ugliness. And yes, I know, most people today don’t see this as ugly or intolerant, but simply a reasonable thing to do about this “epidemic.” After all, something needs to be done.

For publicly stating that I will not comply, my daughter has been targeted at her Boulder school, the one with posters celebrating tolerance and diversity all over the walls. My refusal to submit has been commented on by teachers in front of their classes. She has been ganged up on by students and bullied because “her father is a murderer.” She is worried that I will be taken to jail. As a single dad to her and her handicapped brother, I have to admit I’m worried about that too. I hope that in time she understands I am fighting for her freedoms more than mine.

My son has Down Syndrome and need constant attention. He will never understand this. He just wants to be with his dad. I am not looking for to arrest and gun confiscation.

I respect the police, greatly. The cops I know hate the idea of enforcing this intolerance. I ask them when they come to arrest me and confiscate my guns, they give me enough warning, so my kids aren’t around when they do it.

I am asking YOUR help in raising money to be used for legal expenses, bail money, an educational campaign to show just how hateful these people really are, and daycare for my children should I be jailed.

I will not comply.

What happens to unused funds?

I am part of a lawsuit challenging this bigotry. If and when successful I'll give all remaining funds to pro-gun causes.

No. If you want to make a tax deductible contribution to a worthy organization that is also helping me, I suggest the Independence Institute, of which I am president. www.ThinkFreedom.org

How will the money be used?

To defend myself legally and in the court of public opinion and for child care in case I am arrested.

Boulder WAS once tolerant, home to the peacenik Naropa Institute and Soldier of Fortune Magazine. Now elitist Boulder only tolerates everyone from hardcore liberals to radical socialists.

Why don't you just leave Boulder?

Isn't that exactly what they want? Besides, I was here first. It's time to put their celebrated

What if you raise more than your goal amount?

Jon I live underground in the People\'s Republic of Boulder and work in Denver https://i2i.org/

I am the President of the free-market Independence Institute in Denver, Colorado, columnist for the Denver Post, talk radio host on 630 KHOW and host "Devil's Advocate" on Colorado Public Television. I hate bullies. I have dedicated my professional life to stop bullies who use the coercive power of government to take from others and force their values on those who don't share them.

Jon I live underground in the People\'s Republic of Boulder and work in Denver Created 1 Project https://i2i.org/ Learn more about this creator
Report Campaign

To report a campaign, you must be a registered user. To register, click here